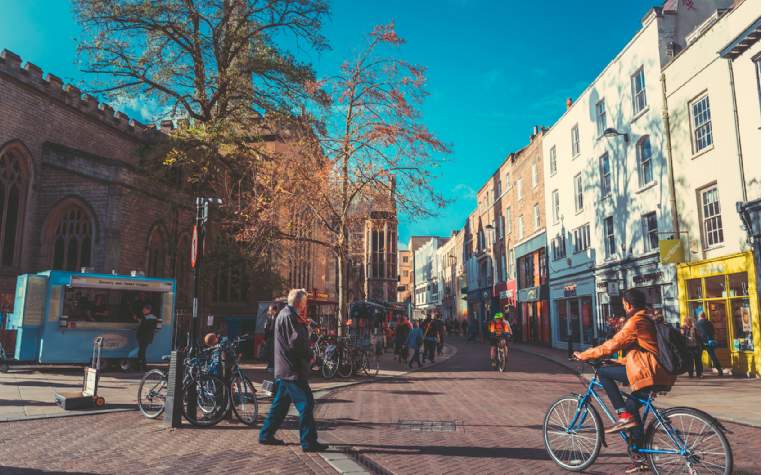 Evidence from low-traffic neighbourhoods in London’s Waltham Forest reveals house prices have increased at a greater rate compared with the wider local authority.

Four low-traffic neighbourhoods (LTNs) have been in place across the borough since 2016. Comparing the pound per square foot (£psf) values of homes inside the four LTNs with those in the rest of Waltham Forest, we can see that property prices have risen. Indexing average £psf values versus their 2016 average shows that in Q2 2020, values in LTNs had increased by 4 per cent over and above those outside (11 per cent vs 7 per cent).

A more livable neighbourhood as a result of reduced traffic is clearly something on which people put a value, so much so that this is reflected in the property market with increased demand impacting pricing. The introduction of the LTNs was hugely derided and controversial back in 2016; however, they are now widely seen as a big success story.

What are low-traffic neighbourhoods?

A low-traffic neighbourhood is a scheme where the motor vehicle traffic on residential streets is greatly reduced by minimising through-traffic or rat-running.

According to Department of Transport data, the number of miles driven on local C roads in London doubled between 2009 and 2019. This is largely attributed to in-built satellite navigation in cars. Clearly, this is not sustainable.

A response to the pandemic

Waltham Forest’s LTNs have been in place for nearly five years through the ‘mini-Holland’ initiative.  As part of TfL funding, the authority was one of three pilot boroughs to improve walking and cycling and sustainable transport more generally.

With a proven concept, many other LTNs have sprung up across the country since the onset of the pandemic in an effort to make it easier and more inviting to walk and cycle. Across London, between March and September 2020, 28 sq km of new LTNs were introduced, according to research from Westminster University.

Government policies and cash made them possible as a temporary measure and quick solution. For many, though, they have proved controversial, with a lack of consultation due to the prompt response needed.

Research from TfL in 2018 showed pedestrians and cyclists spend 40 per cent more in local shops than motorists. Waltham Forest has demonstrated that quieter roads and less traffic results in increased footfall and a stronger sense of community, with local shops and businesses benefiting.  As local high streets become more mixed-use, rather than purely retail, having a greater catchment of people nearby who walk and cycle will benefit these structural changes.

As we near an exit route from lockdown and an encouraging vaccine rollout, a new normal is being realised. Buzzwords and themes that have increased over the past 12 months such as the 15-minute city, sustainability and working from home will not be here today and gone tomorrow.

Going forward, cities and urban areas in general need to become more livable. They’ll do that by reducing congestion, having cleaner air, becoming more mixed-use and with greater community spirit. Low-traffic neighbourhoods have a part to play in all the above and, like those bigger themes, are likely here to stay.